The Writers Happiness Movement is determined to build a world where writing, kindness, and joy matter and are rewarded. A world where the arts and happiness are truly supported. A world where those of us who care about these things can remember how many of us there really are.

This world has to include financial support, including programs that buy writers time to write. The programs are starting small, with $25 micro-grants for writers awarded every month. The size and scope of the programs will grow as the movement grows.

The vision is to fund things such as larger grants, free residencies, additional All Voices Fellowships for the Splendid Mola retreats  — and, down the road, things such as co-living spaces and retirement homes for writers, where the cost is covered by the Writers Happiness Movement. 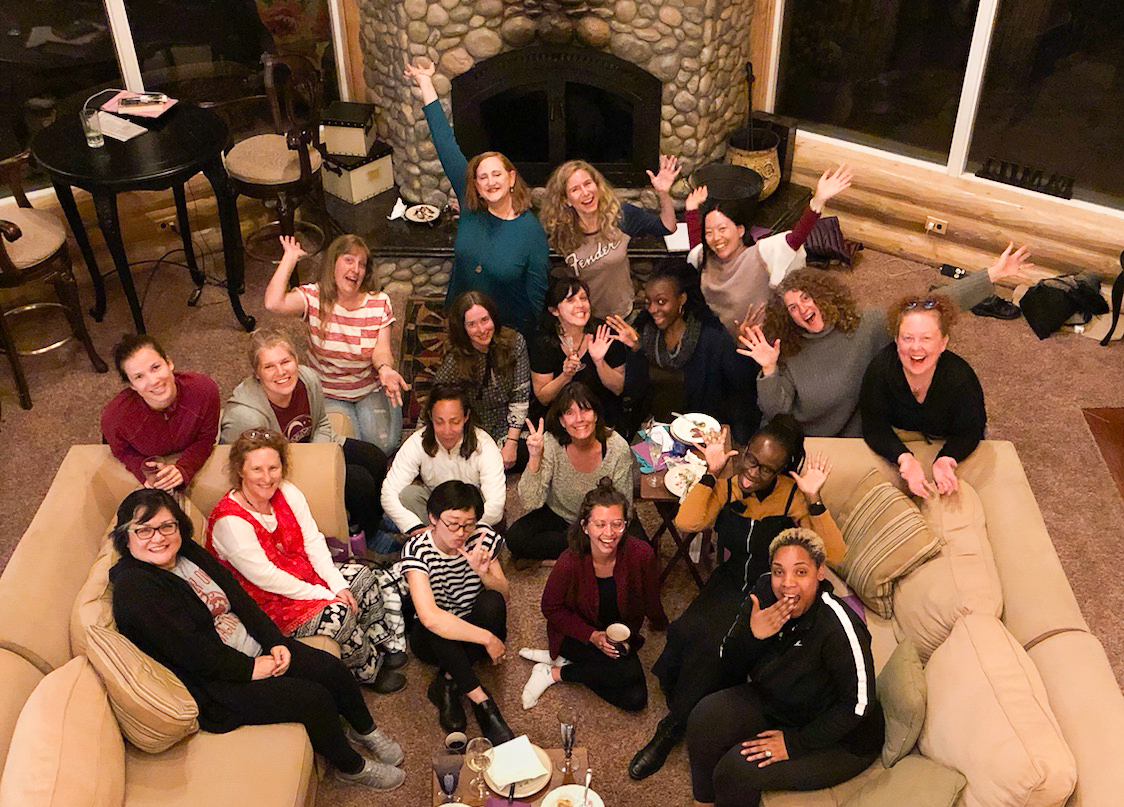 By having those of us who want to live in this world, and who can afford it, become a patron of writerly happiness at $5/month.

Here’s the thing: Because the Writers Happiness Movement has community, art, kindness, and true happiness as the end goals, it is important that the way the movement is conducted and the structure of the movement itself create and reflect those values. This includes the economic system that supports everything. And so, the Writers Happiness Movement and all its programs for writers are supported by an alternative, community-based economy. We believe this kind of economy promotes the healing of the world and uses the power of all of us together to build the world we want.

If you love the ideas of writerly happiness and are in a position to support it, you can become a patron of happiness at $5/month.

This is the only tier. It’s small enough that it might seem do-able for many of us, but big enough that it will add up quickly. Your patronage will go to build and manage the kind of programs listed above, programs that make the world kinder and happier for writers. This is similar to becoming a patron of an individual artist, except that instead of the patronage going to one writer so they can keep creating art, it goes to programs designed to build a world where all writers can keep creating art.

This kind of structure isn’t a standard one-to-one exchange for goods or services. Likewise, it isn’t a non-profit. Nor is it dependent on hierarchy, scarcity, or fear of missing out—all things that are common in the economic world, but aren’t useful when the true end goals are more happiness, kindness, and creativity for all of us.

Five dollars a month is the only option very purposely; it’s part of the philosophy of the Writers Happiness Movement. The vision is that patronage be as affordable and inclusive as possible. And if you’d like to do more —wow, and thank you! One of the very best ways to help make this all happen is to spread the word. Tell your writer friends about it. Because the more of us, the better.

Imagine what we could build if enough of us come together at $5/month! Grants, residencies, retreats, co-living spaces…all funded by writers, for writers. What if there were 5,000 of us at $5/month…or 10,000…or 100,000?! And, if you’d like to contribute but would prefer to give a different amount or a one-time donation, there’s an option for that, too.

We can change the world with as little as five dollars a month. and the power comes from all of us.

Become a patron
Give a one-time donation

The Writers Happiness Movement grew from wanting to live in a world where happiness, kindness, and the arts matter more than money. So we’re building it.

Know a writer who could use a little boost? The Writers Happiness Movement sends writers tiny cash infusions via smail mail, tucked in cool artist-designed cards.

Want to live in a world where joy, kindness, and writers are valued? Us too. Become a patron of writerly happiness at $5/month, and we’ll do the rest to make it all happen.